As a neuroscientist I have to point out that no one really knows what a thought is from a scientific perspective. This means that we don’t know what we would need to measure in order to ‘decode’ a person’s thoughts. For the foreseeable future, I cannot look at a brain scan and say, “This person is definitely thinking about pineapples!”

Of course, thoughts seem to be closely linked with neural patterns in the brain, and those patterns are clearly linked with electro-chemical signaling. Tinkering with the signaling clearly tinkers with the thinking. Otherwise the effects of drugs such as alcohol and coffee on thought would be a mystery. Perhaps some day we will have a scanner that tells us what a person is thinking of.

While I admit that electro-chemical signals being tossed about is a necessary precondition for thinking — no phenomenon that lacks such tossing will be unanimously labeled as thinking — I think that material constituency is a less than stellar guide for thinking about what something is.

Consider charcoal, diamonds, graphite, and graphene. These are made up of carbon. But is that all there is to the story of what they are? I hope the answer is an emphatic no, since they all have radically different properties. Charcoal is black and relatively soft. Diamonds are transparent and exceptionally hard. Graphene and graphite conduct electricity whereas other forms do not.

What explains the differences between the various allotropes of carbon? Clearly it isn’t what they are made of — it’s the same stuff in each case. 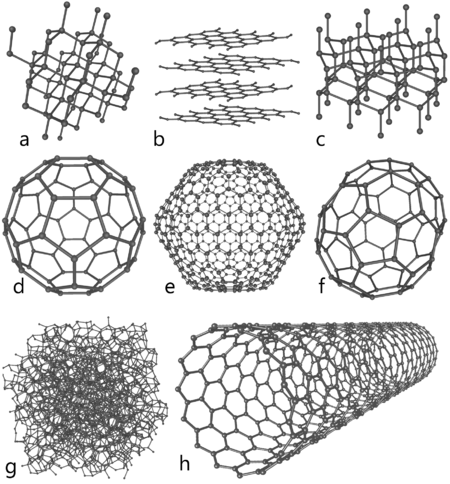 This is generally true for most complex and interesting objects and processes. You can boil them down to some set of elements — and these elements maybe subatomic particles, atoms, molecules, genes, cells, neurotransmitters — but some defining feature of the overarching process will be missing from the constituent parts considered in isolation, just as transparency or opaqueness are missing from individual carbon atoms.

In complex systems theory and in condensed matter physics, the word emergence is often used to describe the phenomenon by which collections of matter acquire new properties as a result of arrangement or sheer scale. Chemistry is full of examples. Oxygen is a gas. Hydrogen is a gas. But when they combine together in the right way, they produce water, which is a liquid — and one with all kinds of properties that can’t be predicted from first principles through analyzing the constituent parts.

Since we don’t know exactly what thoughts are, we cannot say for sure whether they are emergent phenomena or not. But we can indirectly infer that they are by considering properties of thoughts and comparing them with properties of chemicals being tossed around in the brain.

A hallmark of thoughts is that they are about things. When you are thinking about a pineapple, there is an “aboutness” relation between the thought and the pineapple. Thoughts refer to things — which may be real things in the world, or imaginary things like dragons. This is a distinctive feature of mental phenomena, and the philosophers call it intentionality. (Note that intentionality has nothing to do with intentions or motivations — it’s not the best term, but that’s where you’ll find the relevant writings.)

This “aboutness” or “intentionality” is not a feature of chemical tossing patterns. A pattern is a pattern is a pattern, and isn’t intrinsically about any other pattern. At the very least, we can say that modern physics and chemistry have had no reason to invent an “aboutness” concept so far. In other words, there is no purely physical theory of reference.

So it seems reasonable to at least consider the possibility that the property of “aboutness” emerges when matter is arranged in just the right way.

This admittedly abstract concept is not really going to satisfy people who were hoping that thoughts were actually composed of “magic dust”, as Sam Moss quite rightly termed it. Thoughts are not “made up” of some special secret sauce. If you look at a brain — or any other tissue — under a microscope, all you see are cells. And cells are made up of atoms — mostly carbon, hydrogen and oxygen, with some crucial cameos by nitrogen, calcium, phosphorus, sulfur, sodium, potassium, magnesium and choride.

So is that all a brain or a body is? A stew of a dozen elements? If you followed the story with carbon, then you’ll know that the answer is no. The arrangement of the atoms makes all the difference in the world.

But does this mean that “there is more to it”? If “more” implies a substance of which thoughts are made, then the answer is most likely no.

In any case, given that matter makes up everything, saying that something is “just” matter seems a bit unfair to matter — it’s about as magical a dust as you could possibly hope for!

Matter gives you the universe and you ask if there is more to it?! 😉

But arrangement will not fulfill all the duties of magical dust. It is not the same as the traditional notion of a soul. A soul can live on without a body. But a form has no meaning without the constituent matter that is arranged.

So here’s the compromise: thoughts are made up of electro-chemical signals tossing around, but that is not what they are, since this definition does not distinguish in any useful way between thoughts and perceptions, feelings, moods, emotions or sensations — or even unconscious neural processes for that matter — all of which are also made up of electro-chemical signals.

So saying thoughts are electro-chemical signals is about as useful as saying diamonds are carbon. It’s true, but not in an especially interesting or informative sense.

If you’ve made it this far, well done! I guess I was having a slow Friday evening! 🙂

I know that what I’ve written is quite abstract, but that goes with the territory if you are thinking about thoughts.

Here are some answers that may be of interest: